When we meet a character in a book, movie, or television show we rarely think about how that character came to be. Behind the scenes, lots of effort, time, and sometimes, whole teams of people work together to bring that character to life.

At the beginning of a book (or animation) project, the illustrator (or character designer) reads the manuscript (or script) to determine cues for the character they are going to create.

Are they shy? Are they outgoing? Loud? Rude? Smart? Impulsive? What facial expressions, body shapes, and costumes inform these characteristics.

Additionally, the creator is looking for tone. Is this a project for little kids (like a picture book), the early elementary set (chapter), or later elementary (middle grade)? This information informs character shape; for instance, for board book folks, the eyes I draw go to a single dot. The square edges become more round, their bodies squish. As I move up in age, the eyes with a pupil come back, the angles and edges return.

After doing the character exploration it’s time for the art director (or animation director) to review the character design within the context of the parameters above. They work together to identify the look of the character. (Which can sometimes take a few rounds of revisions.)

I love the character design process. I love working with the creative team to find the wonderful beings we’re going to spend time with.

These pigs are the result of that process. They are presented in the order I drew them as I explored the personality and shapes of the character. 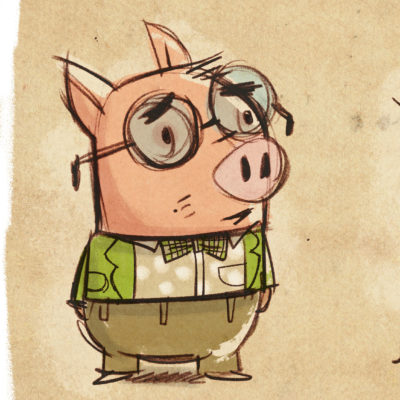 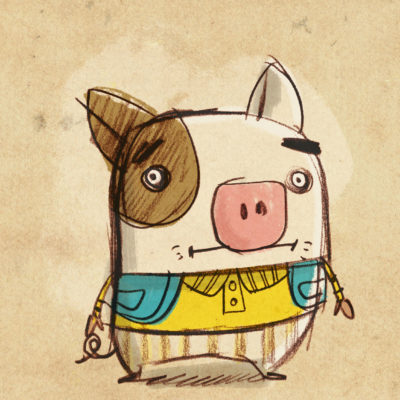 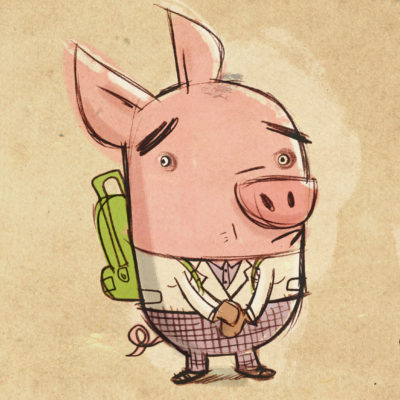 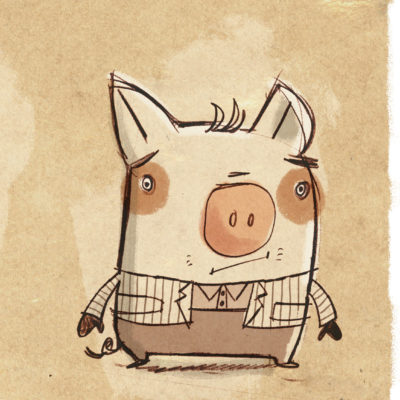