An Amazing Video and an Exceptional How-To

Pop-up books! If your library shelf is anything like mine,* there’s a section dedicated to them.   Recent books far outclass the ones I grew up with, becoming not only works of art, but revealing themselves as engineering marvels between the book covers.

If you are like me, not on the mathematical, nor analytical, folding all this paper is dumb and my fingers are glued together side of the creative realm … well, they’re intimidating, to say the least.

As with most things difficult, however, they begin very simply. 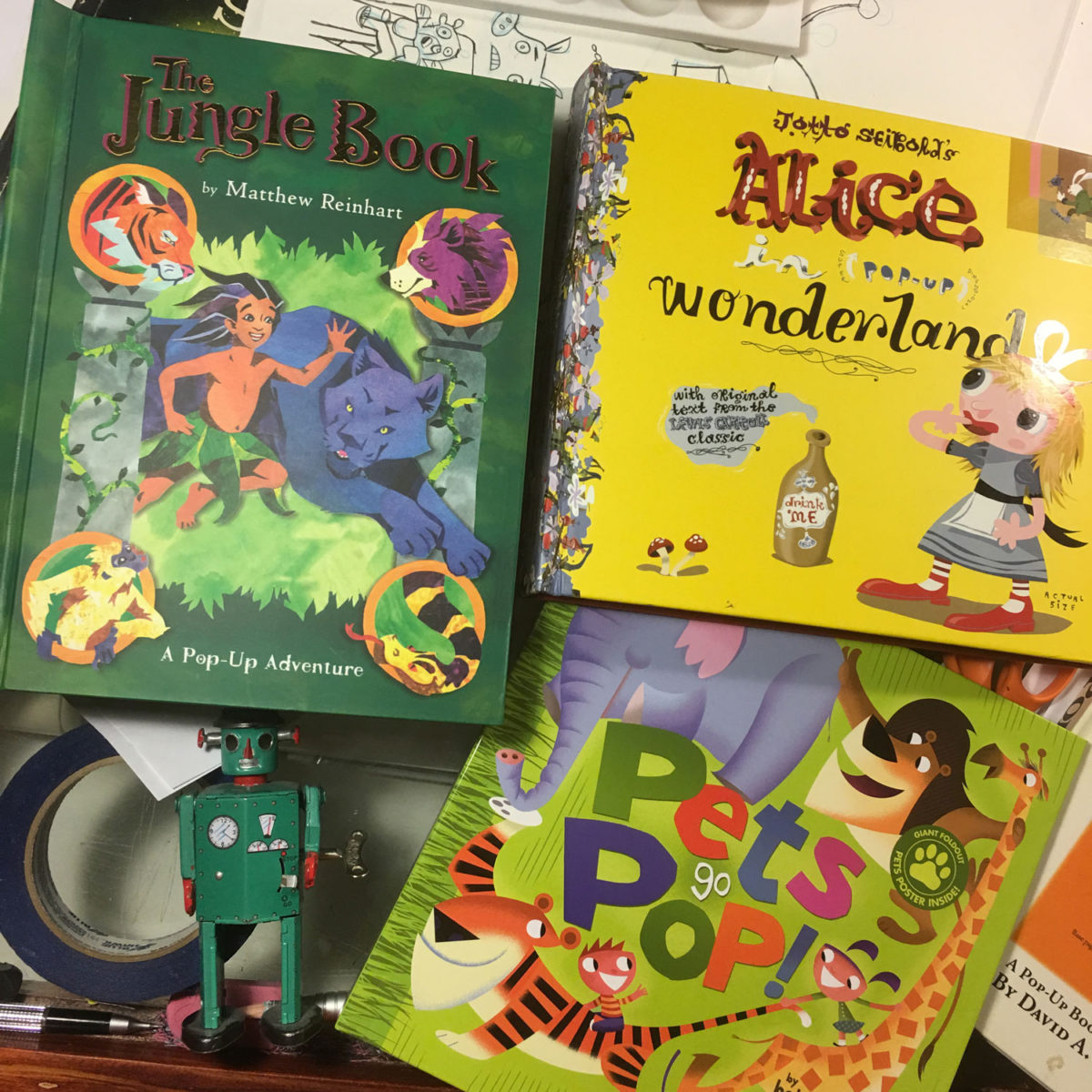 A sampling of my pop-up library

Reinhart shares some of his secrets

Matthew Reinhart is one part artisan, two parts engineer (whole-parts creative god). Science Friday‘s video interview (above) shows some of the how and why behind the wonders Reinhart creates.

The LEGO and Transformer books shown are astounding. (My mouth literally dropped open. Don’t drink a beverage and watch the video. You have been warned.)  He opens book after book to reveal complex contraptions coming to life as they unfold.  (Watching the interview, I am thinking about the production of these books. Who is gluing all of this together?)

The video is short, but dense with pop-up foundational knowledge. Pop-ups, it seems, are simple forms and concepts, stacked upon simple forms and concepts, stacked upon … well you get the idea. Reinhart generously shows us some of those basic forms and gives us a primer in how they’re used. (Have you watched the video? It’s sort of the whole point of this post. If you haven’t watched the video, do that. I’ll wait.)

After watching the video you may find yourself wanting to play with pop-up books; to spend some time experimenting, exploring, and building. Well, then my friends, do I have the book for you!

I’m no Reinhart, but I have dabbled

A fan of them since childhood, I’ve played with pop-up books. I created a few simple cards. (As is the case with most cards I create—for birthdays of people I know, mostly—there is no photo evidence of them.**) 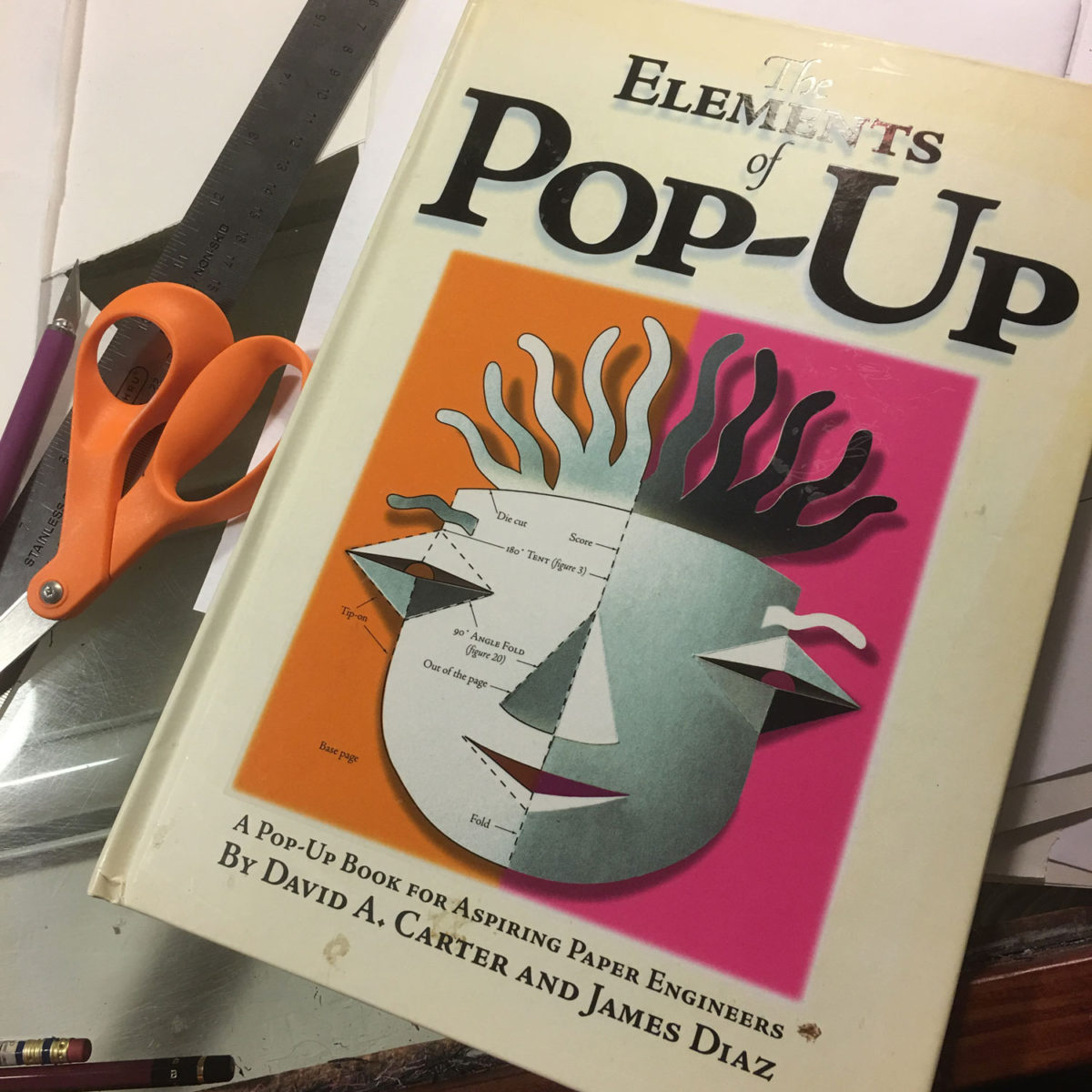 My guide in creating pop-up books

Elements of Pop-Up by James Diaz and David A. Carter was my guide in my efforts. The book features the forms Reinhart mentions, displaying the key ones throughout. But it doesn’t stop there. Things like wheels, pull tabs, winding-path sliders (see photo below) are also displayed.

I flipped through the pages, settling down on a simple hinge form and went to work. Opening the hinge I’d put together, the character I created came to life. I added another fold, and his arm bent, almost tearing off. As Reinhart says, there’s a experimentation in the art. When I finally got the arm to do that I wanted, I found a there’s a satisfaction in it too. 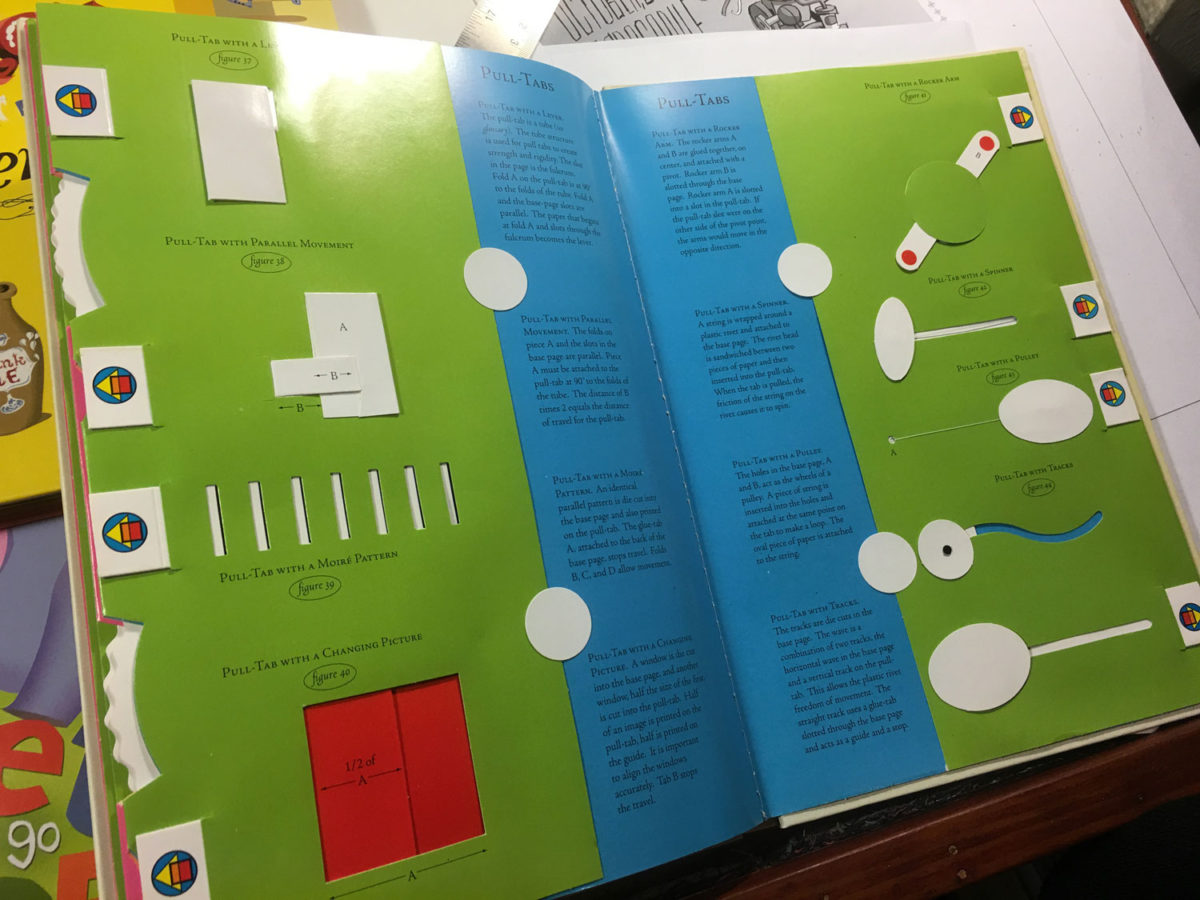 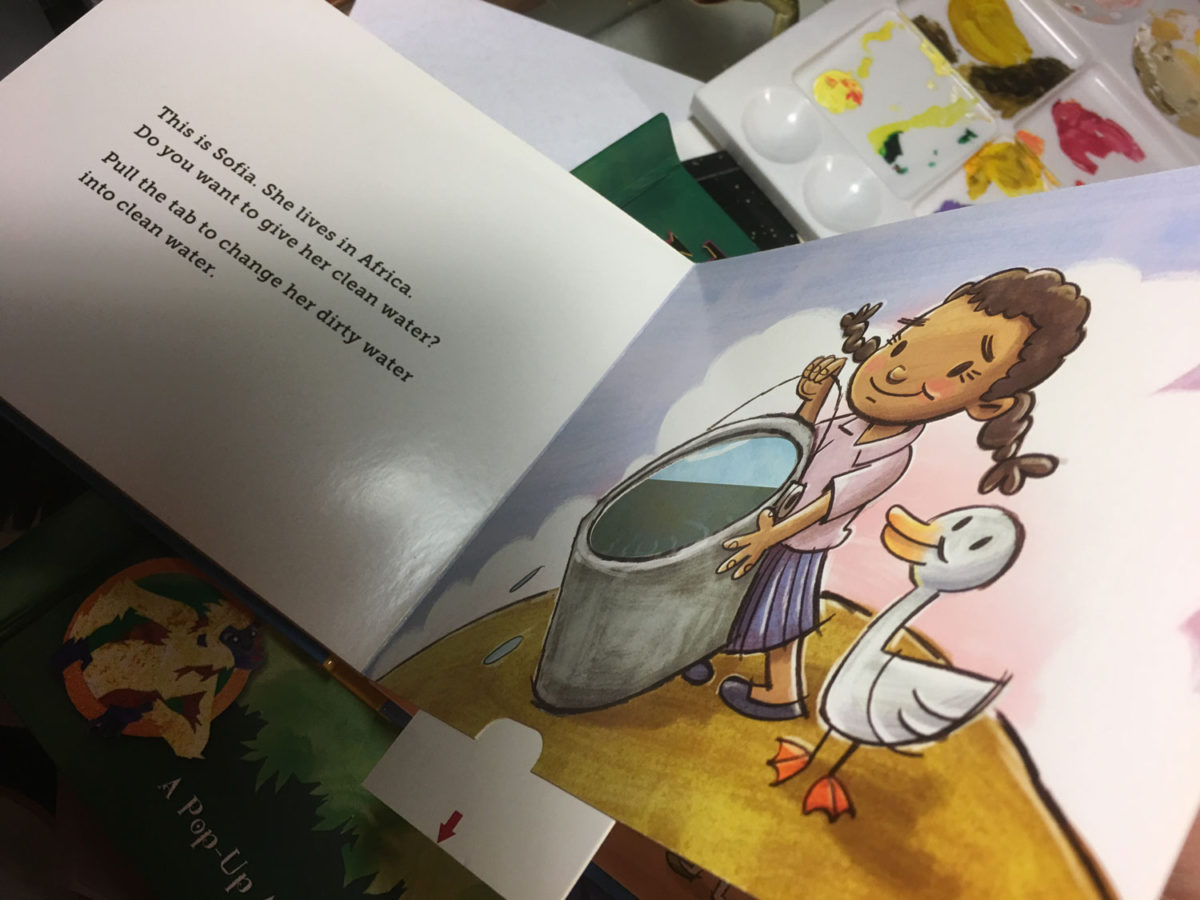 A pull tab from the board book Children at the Well.

A couple of years ago, I worked with pop-up in a practical setting. In a board book I illustrated, Children at the Well, we used some very simple—very simple—pop-up elements. They added something special, providing a surprise and practical illustration, making it more than a board book.

Reinhart says even kids can make pop-ups. With an understanding of the simple concepts at the base of all pop-up books, anyone with scissors, glue, and a little time can put one together. His video definitely rekindled my own pop-up ambitions. My Exacto and straight edge are calling to me. I’m going to spend some time with Elements of Pop-Up–a book I recommend to those interested in the craft–and learn a little more.

Who knows. Maybe some friends will get some cool birthday cards. (I’ll take pictures of them this time.)

**Note to self: take photos of the cards I create for people. Said photos may be handy for future blog posts.

– All photos by CS Jennings